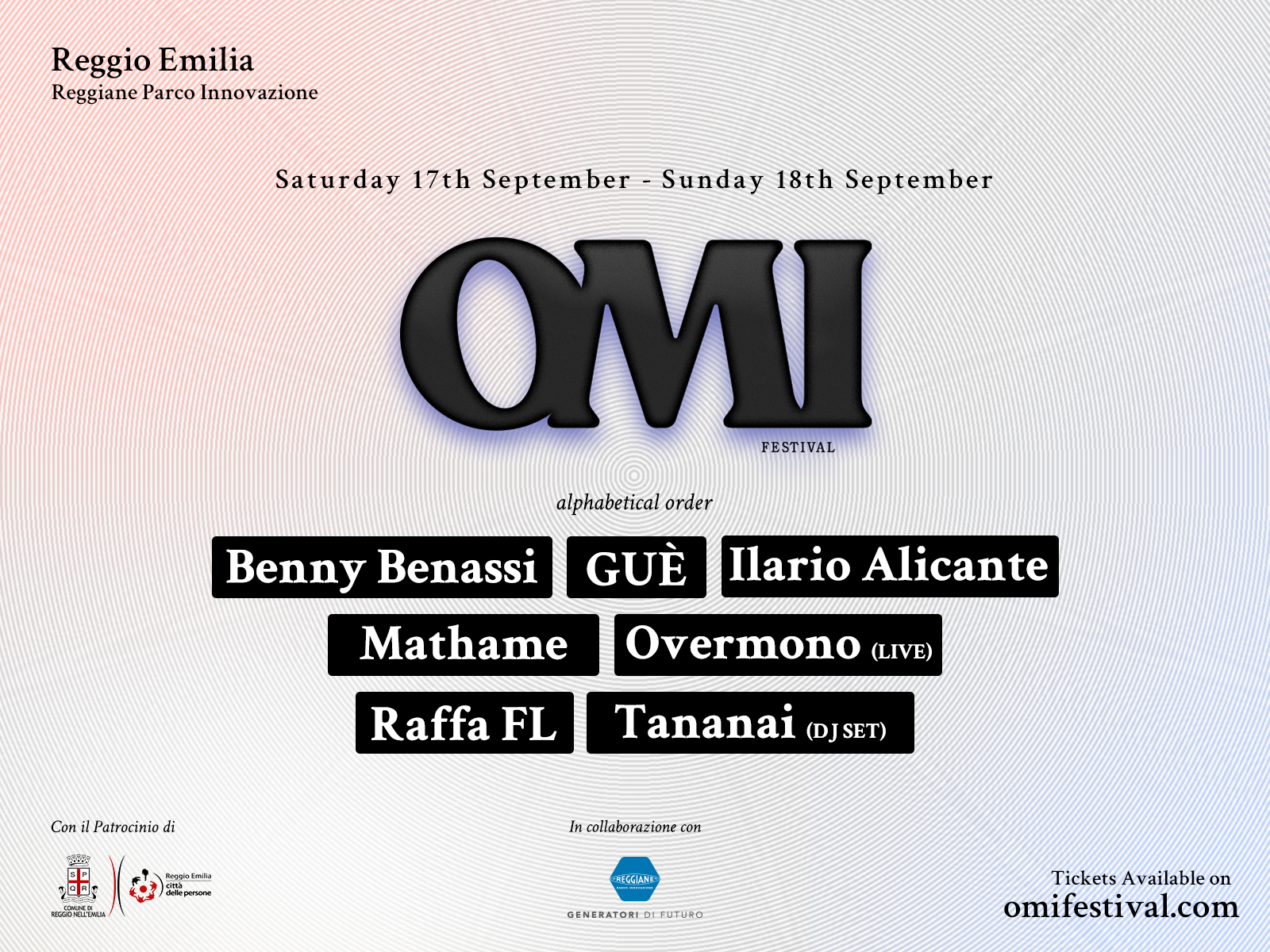 Two days of music with the best national and international artists in the former industrial area redeveloped “Reggiane Parco Innovazione” in Reggio Emilia.

It is the first edition of “OMI Festival”, an event produced by Nameless Srl (founders of the industry-leading festival of the same name) in collaboration with Stu Reggiane (a subsidiary of the Emilian municipality that takes care of the rehabilitation of the site).

Saturday 17 and Sunday 18 September 2022, the headquarters of the historic Reggiane Mechanical Workshops founded in 1904 and which became strategic during the last century as a pole of industrial and agri-food production, will host for the first time in its history a festival with an international flavour, where the best contemporary music is part of an essential urban regeneration operation of the site to transform it into a pole of innovation, research, development and culture to protect its industrial past.

Among the members of Nameless Srl, Giammarco Ibatici from Reggio also explains: “the idea was born from the desire to create events that could give the former Reggiane area visibility outside the traditional context. As in the main European capitals, music is an excellent vehicle for redeveloping important local post-industrial areas. ”

The personality of the location, identified between the Tecnopolo and the Capannone 15, inspired the artistic and creative concept of the festival which for its first edition draws on the different souls of the house and techno scene for the day of 17 September, with artists of the calibre of Ilario Alicante, Mathame and Overmono, all Italians established on the international stage.

The line up on September 18th opens to pop atmospheres, with the rapper Guè and the Dj sets of the singer-songwriter and producer Tananai, by the DJ and producer Raffa FL, who has climbed the world rankings 2022 with his ‘Ritmo’ and of the internationally renowned Reggiano Benny Benassi, who will be able to celebrate 20 years since the release of his international hit “Satisfaction” in front of the home crowd, recently revived in collaboration with David Guetta.

Radio m2o is the official radio of the OMI Festival.
Single-day tickets are available at 25 Euro + DDP and season tickets at 36.50 Euro + ddp.